Wade Marynowsky is an artist based in Sydney, Australia.

His work The Acconci Robot will be on display as part of MAAP’s partner exhibition with the National Art Museum of China- thingworld: International Triennial of New Media Art

The Acconci Robot is an interactive robot that follows you unawares. Appearing as a shipping crate of minimal design, the robot is mute and motionless as a viewer approaches. But when the audience member turns away, and starts to leave, the robot begins to follow. If the audience member turns to look back at the robot, it stops in its tracks. In this cheeky and playful work, the artist inverts our expectations of the direct engagement and reciprocal exchange typical of interactivity, by creating a work that only responds when the audience is most disengaged from it. 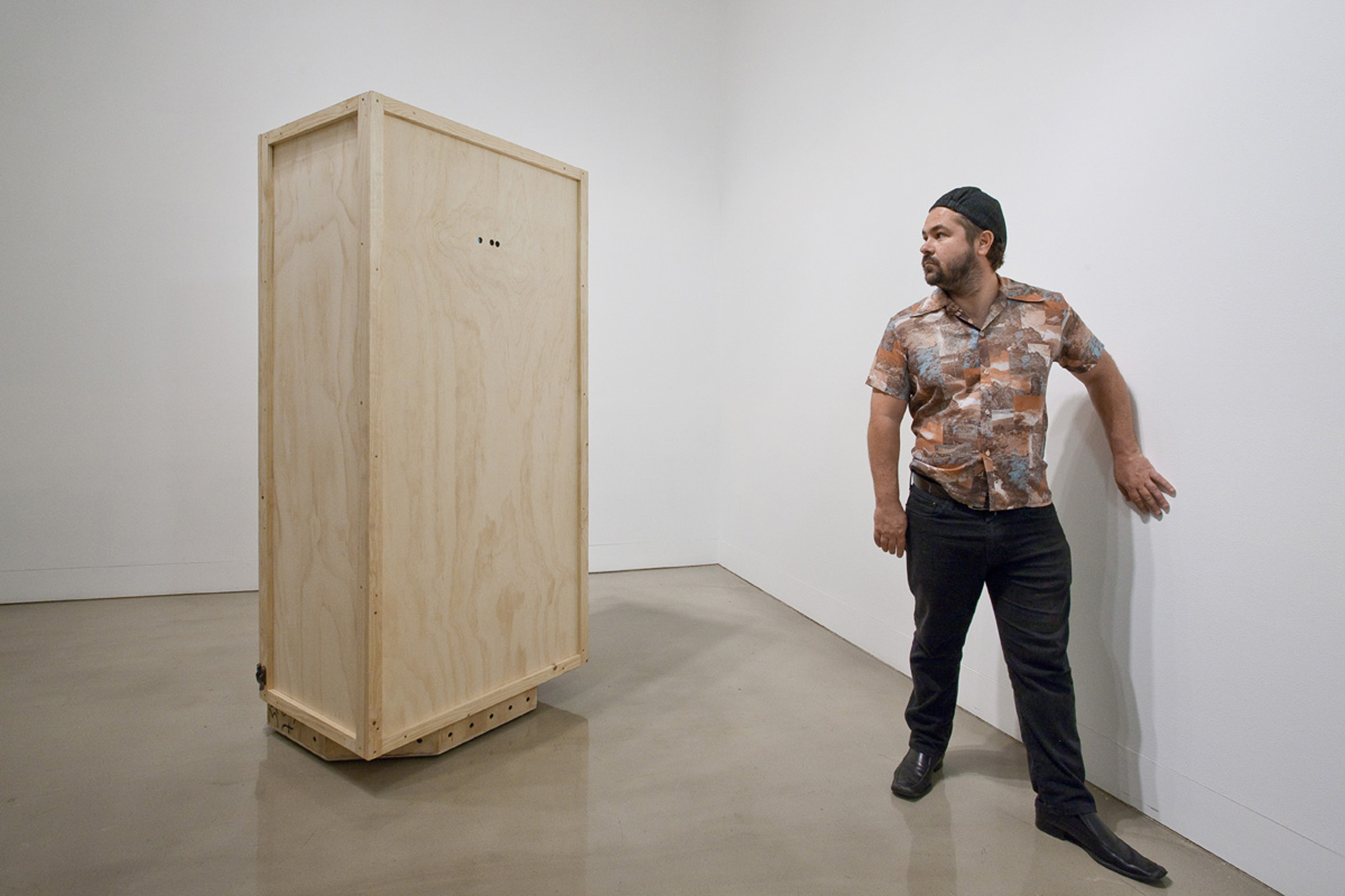